When a hectic workload filled up my days, and the summer heatwave started to burn up the metro, it was as good a time as any to semi-retire from racing for a while. At least that was my plan for a couple of months. Not by choice, but by necessity. I needed a rest. And sad to say, I just couldn't find the time and energy to fit running in.
But then there would be fun runs. And when donuts or costumes or dogs (and more dogs) were involved, how can you resist?
Then there's also this thing called a beach run. And not just any beach-- on Boracay's powder soft, I-just-wanna-roll-on-you-like-an-espasol, cool, white sand. So when my friend invited me to the Nestea event with a side order of a run, I was sold! Like I said, I needed a vacation anyway.

The Skyathon Bora Beach and Surf Run is a run for the clean-up of Boracay. It’s the first of its kind on the island and every runner will help ensure that the white beaches of Boracay Island stay clean and pristine with a clean-up activity right after the 5/10K run.

As the day broke, armed with 1 1/2 hours of sleep (Hey, it is Boracay, after all!) and a digital camera, I happily took on my role as unofficial photographer for the run. Little did I know, I'd be the first one starring on "candid camera". If you've been to Boracay, then you would be familiar with those massive sand castles that talented beach architect/entreprenuers would build and light up. And how do they build the castles? Why, by digging up lots of sand, of course! So, three guesses who ended up falling into a 2 ft. deep hole while running to the starting line? (Click here for the answer.) Hey, it was still kinda dark. Literally espasol.The race area was brimming with about a hundred excited runners. It was infectious. The friends I was with were mostly newcomers (and hopefully not just visitors) to the running scene. I couldn't have asked for a more festive first time run for them. It was great!

The 5K route took us from Guilly's (Station 1) to La Carmela de Boracay (Station 3) to Boracay Terraces (Station 1) and back to Guilly's. The weather started off cool and cloudy, but still reminiscent of the heat from Manila. The course, with the uneven terrain and soft sand, was more challenging than it looked. My legs felt heavy and unstable on the soft parts, so I'd just run on the moist flat areas. I could only imagine how it was for those brave souls who ran barefoot, especially when we reached the pebbly part of the route. Ye-ouch.
I finished the 5K race a little under half an hour, and managed to squeeze myself into the 4th women's slot (23 seconds short of 3rd- Aaargh!). No prize. Still, not too shabby for an overworked sleepyhead. But more than anything, I was happier to see my newbie running friends immensely enjoying the whole marathon mania-- spankin' new PRs, loot bags, free breakfasts, rewarding beach clean-ups and an overall fulfilling experience.
We all know what happens (that lovin' running feeling) the first time you finally cross that finish line. This time, however, I hope it doesn't stay in Boracay. ;) 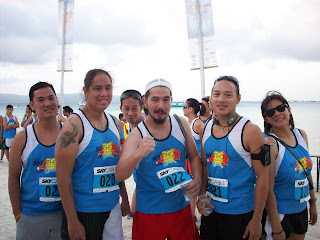 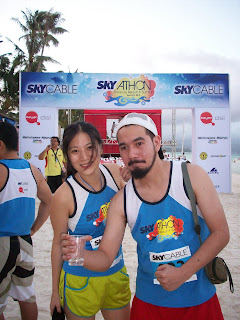 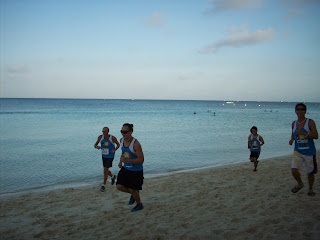 {Against a backdrop of blue. Beautiful!} 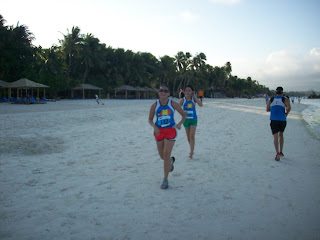 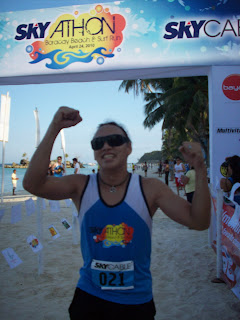 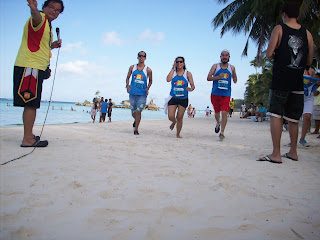 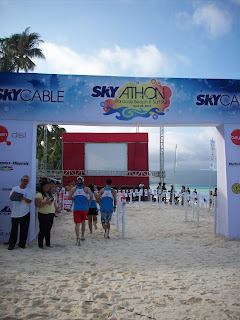 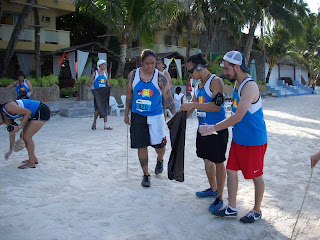 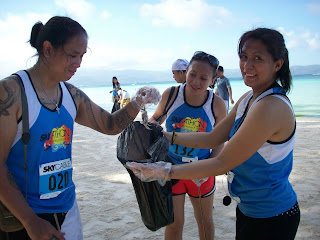 {Getting crabby after the run? What, no more endorphins?} 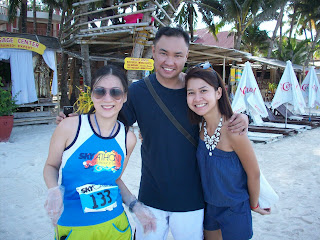 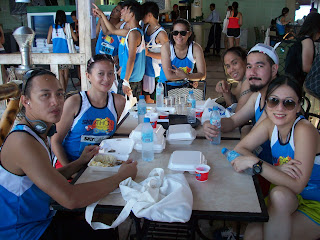 {Capping off a terrific morning run with breakfast}

{...ironically packed in not so eco-friendly styrofoam. ;)}
9 comments:

As one of the people behind Tail Runners: The Metro Dog Run 2010, I was too busy barking out orders to actually run the race! But that doesn't mean that I didn't have a good time at that. The turnout of the event was overwhelming. Thank you to all who joined. I hope you had a blast, as we did dreaming it up. Truth be told, it could've been more streamlined, but hey, that's part of the learning curve. hehe. Hope to see everyone again next year! ;)
.
Here are some scenes from the run. Check out mypetchannel.tv for more furry tales of the great metro dog race... 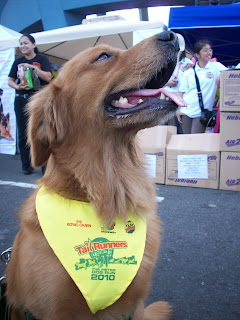 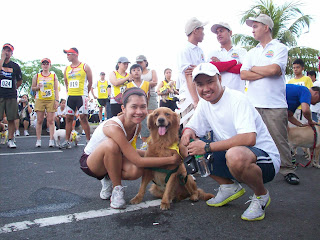 {Runners, Grace and Macky, plus their running buddy, Cheeba.} 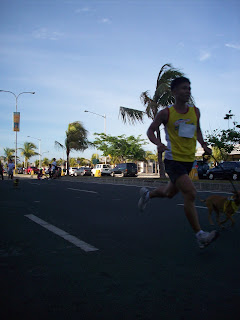 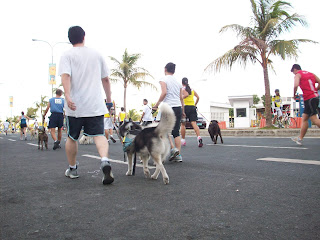 {Four legged runners get tired too, you know!} 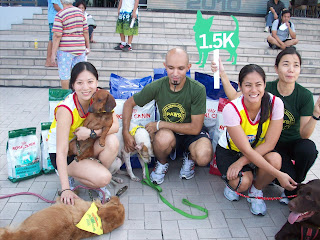 {With Joe and Anna of PAWS and Reema Chanco} 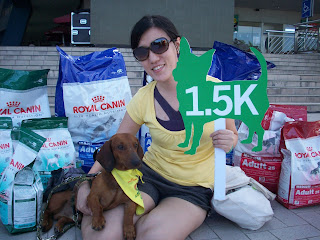 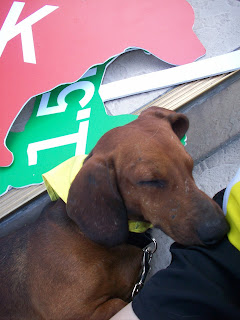